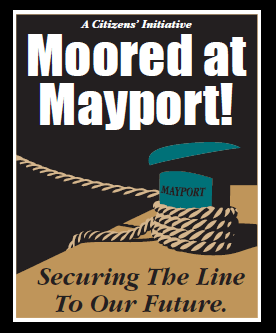 (Jacksonville) One of the candidates for Florida’s 4th congressional district is launching an effort to protect and grow Mayport Naval Station in preparation for another round of Base Realignment and Closure (BRAC) commission hearings the day after Secretary of the Navy Ray Mabus called for another BRAC round and said all bases would be on the table.

Businessman, retired Navy commander and congressional candidate Steve Kaufman says the consulting group to the Florida Defense Support Task Force, which met in Jacksonville last month, made it clear it expects another BRAC round by 2019 and the Navy secretary’s comments underscore the need to act.

The consultant told the Task Force the military services have been requesting another BRAC round and 150 House members voted to authorize BRAC this year. While the consultant rates Mayport as “low risk” of being closed, Kaufman says Secretary Mabus’ comments show the area must start getting ready now for multiple potential outcomes.

Kaufman says no one expects the Navy to actually offer Naval Station Mayport on a BRAC list. “…just like it didn’t offer NAS Cecil Field in the 1993-95 round…the BRAC commission reached out and took it. Those of us who’ve been working these issues for 20-plus years know anything is possible—and we must start now to combat any potential closure or realignment.”

Kaufman says he’s talked with many industry leaders and local retired senior officers who say they’re worried and know the ship repair industry—and potentially much of the local economy—would be hurt badly by a Mayport closure or realignment. The ship repair jobs and skill sets in the area are already under pressure, Kaufman says, with fewer ships at Mayport than historically were homeported here.

“We know members of the Virginia congressional delegation and retired flag officers are pushing the Navy hard to bolster the Hampton Roads area; we must advocate even harder for Mayport,” Kaufman says.